It’s Monday again and that means it’s time for another amazing Meat Free Monday story and we found the most incredible Vegan restaurant called The Hungry Herbivore that we just had to share with you. They’re situated at 11 Orphan Street in Cape Town which is just off the hustle and bustle of Bree Street and OOOOOMMMMGGGG we cannot even tell you how amazing this place is!!! 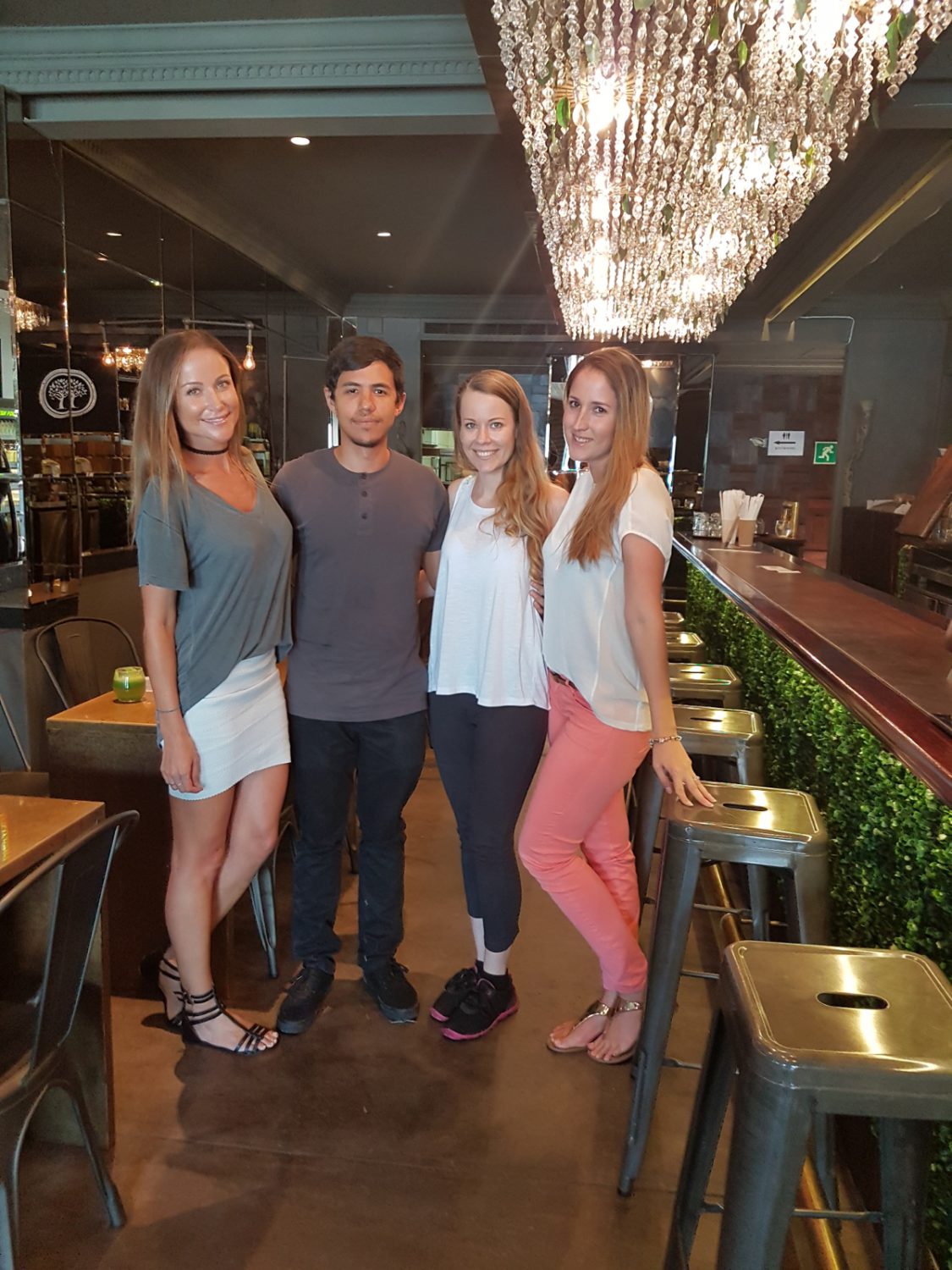 One often expects to walk into vegan restaurants and find the atmosphere to be a bit on the “hippie” side of the spectrum but we couldn’t have been more surprised by what we found when we walked into this little gem #hearteyes!!! The founders, Amy and Brent, welcomed us in to the most beautiful space which had a magnificent chandelier spanning most of the ceiling shining the most ambient light over the wooden bar that was wrapped in green faux grass and clovers and the aromas coming out from the kitchen were heavenly! 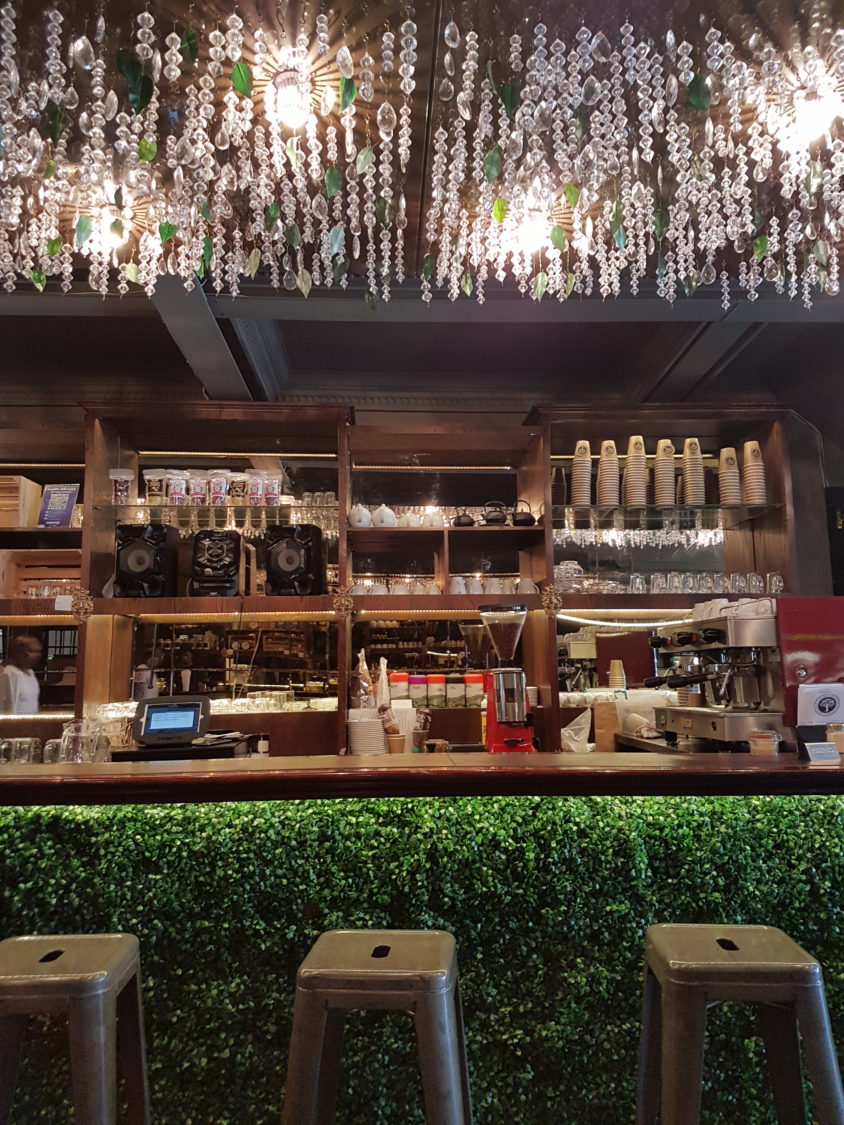 After spending a few years abroad travelling the world they came back to Cape Town and started The Hungry Herbivore in January of 2014 with a little food stand at some of the markets in and around Cape Town where they slaved away prepping everything themselves with the hopes and dreams that people would love and share their passion for vegan food…….and wow were they right!! People loved their food SO much that fast forward 2 years and they now have their very own vegan restaurant in the heart of one of the most thriving metropolitans in the world!! 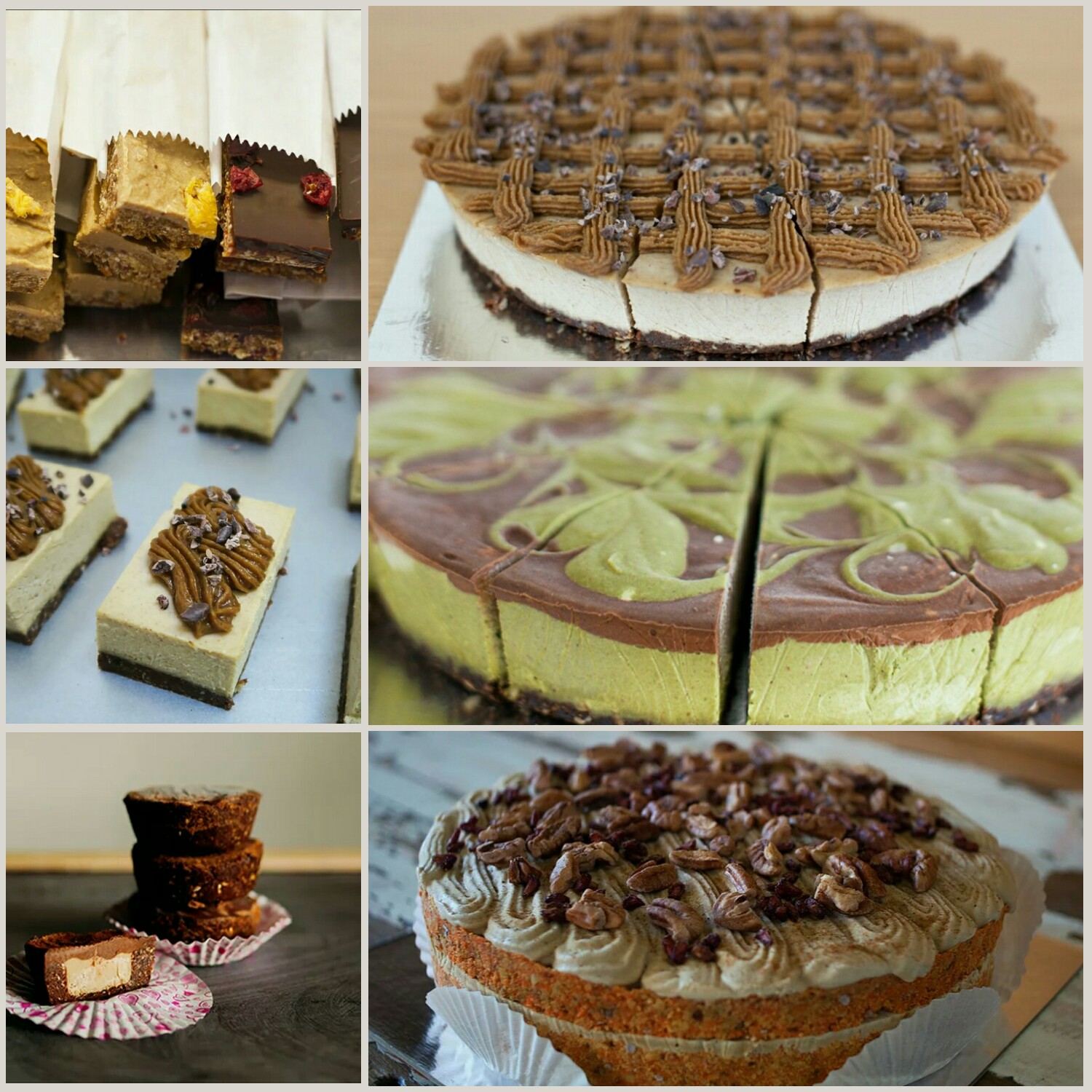 Over and above all of that they also have a dedicated production facility for their national retail line where they create vegan snacks which are distributed nationally and can make vegan desserts to order for special occasions and also supply other restaurants for resale. It makes us so happy to see young entrepreneurs doing their thing…..#winningatlife 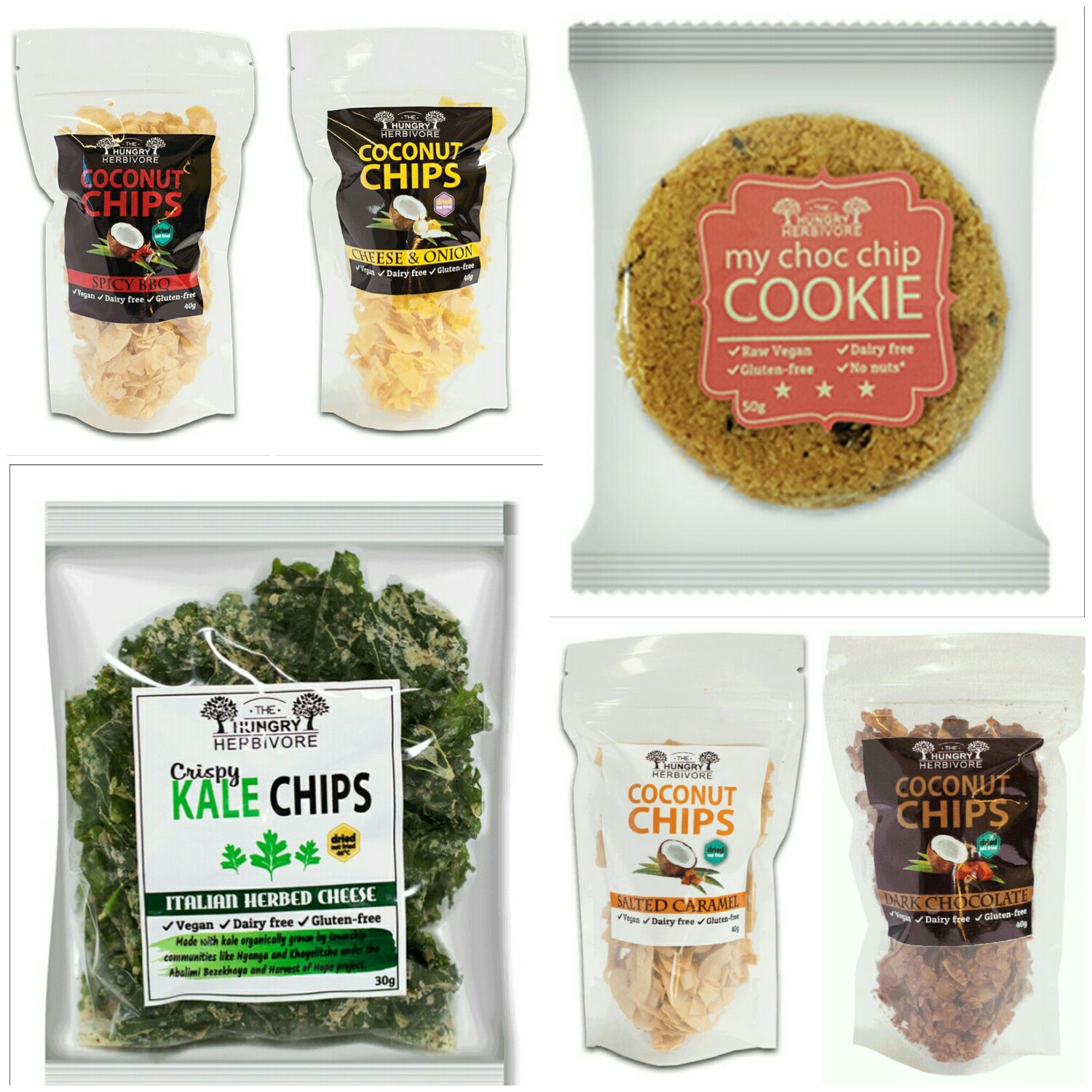 We had the pleasure of sitting down for lunch and couldn’t WAIT to get our order in after having a look at the menu. They have so many options spanning over breakfast, lunch and dinner and what’s fab is you can order anything ~ anytime of the day so long as they’re open 😉 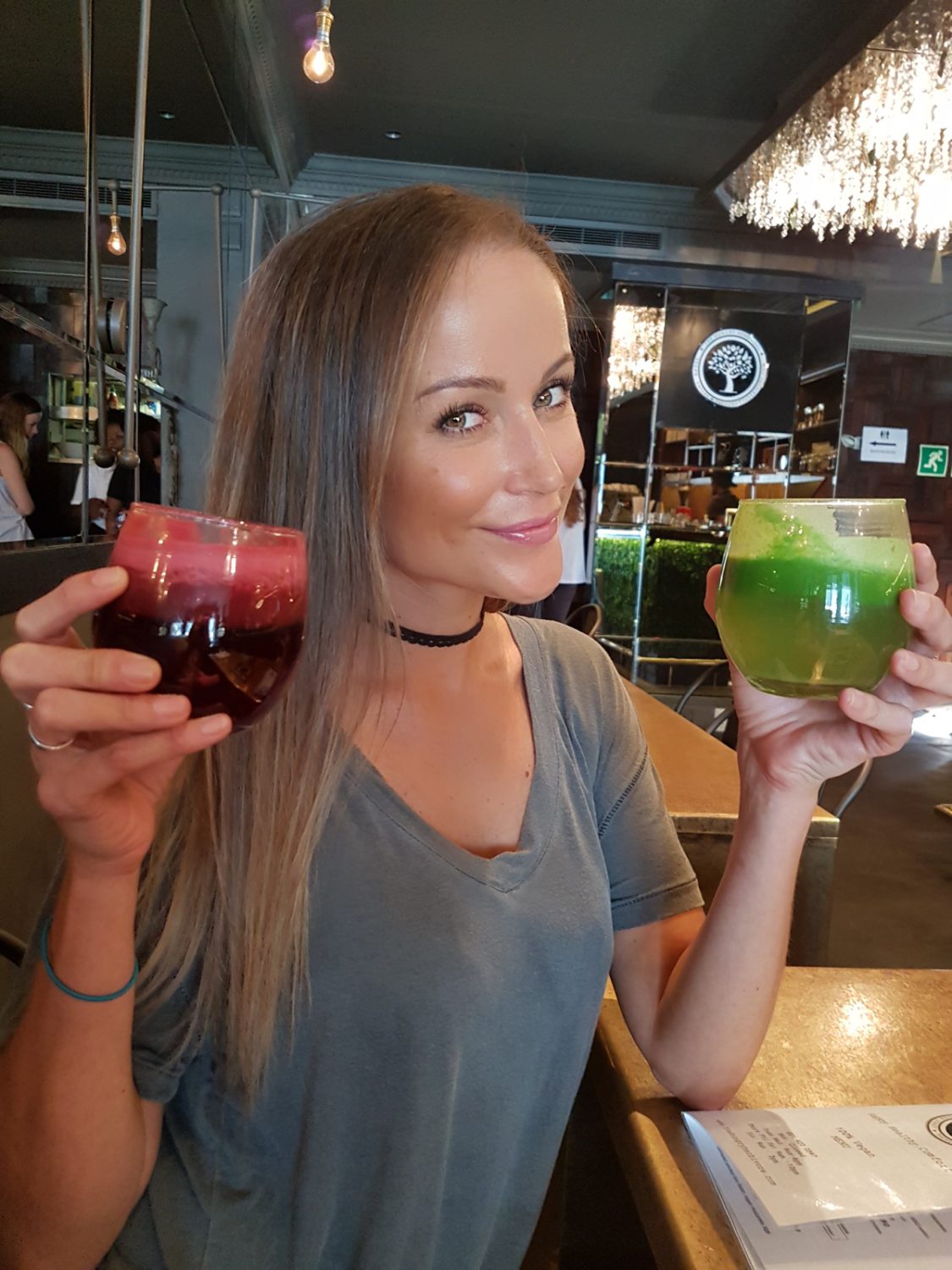 We opted for their green juice and the beet juice which were reeeeeally good and juiced right there infront of you which is always a winner so you know it’s as fresh as fresh gets. 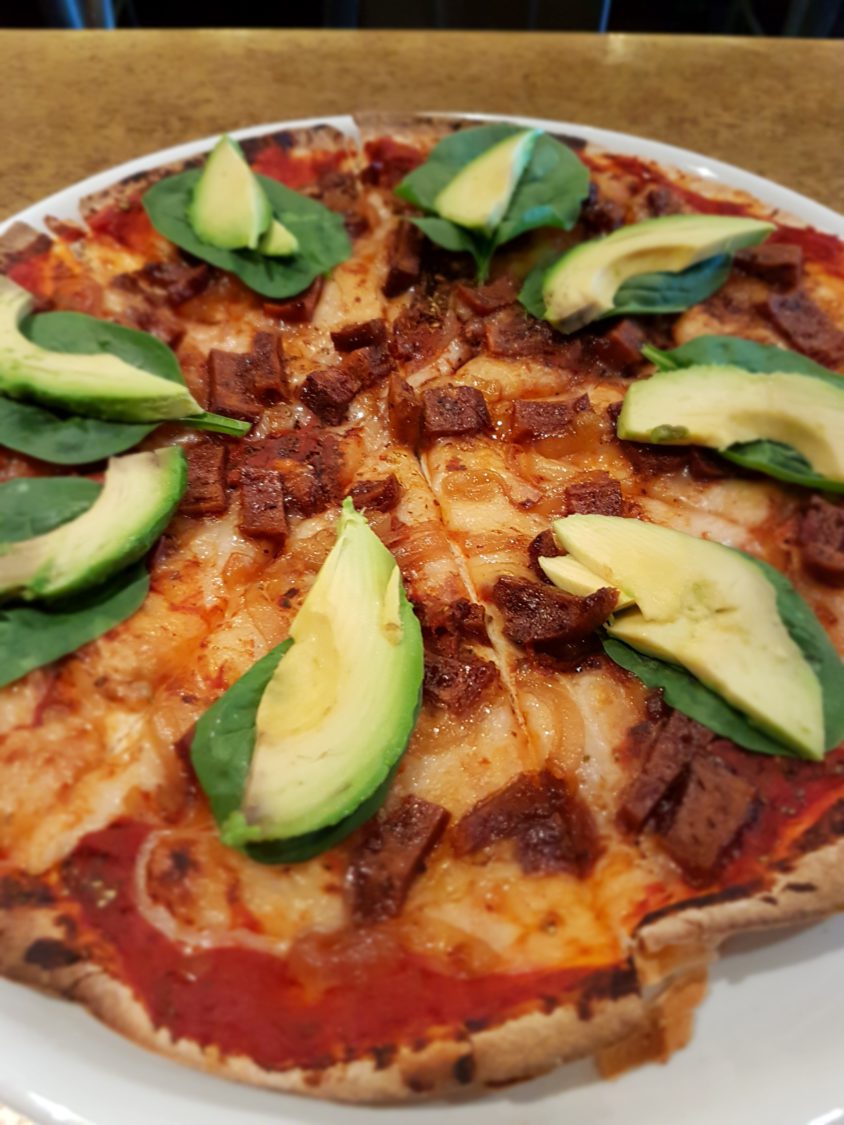 We definitely should have been Italian by heritage because when we saw that they had PIZZA on the menu we nearly knocked our juices over we were so excited ~haha! We ordered the Chef’s Special Pizza and our first question though straight off the bat was, “how can you have mozzarella on your menu as a 100% vegan place” where they then explained that they actually make their own homemade 100% vegan mozzarella from mixtures of soy protein and tapioca flour just to name a few ingredients and this stuff really does taste like cheese!! And to top it all off they explained that what “tastes like bacon” on the pizza is in fact – marinated BBQ Seitan which is a traditional Japanese food made by rinsing the starch away from wheat and retaining the protein which is then spiced and marinated ~ NEXT LEVEL GOOD!!! 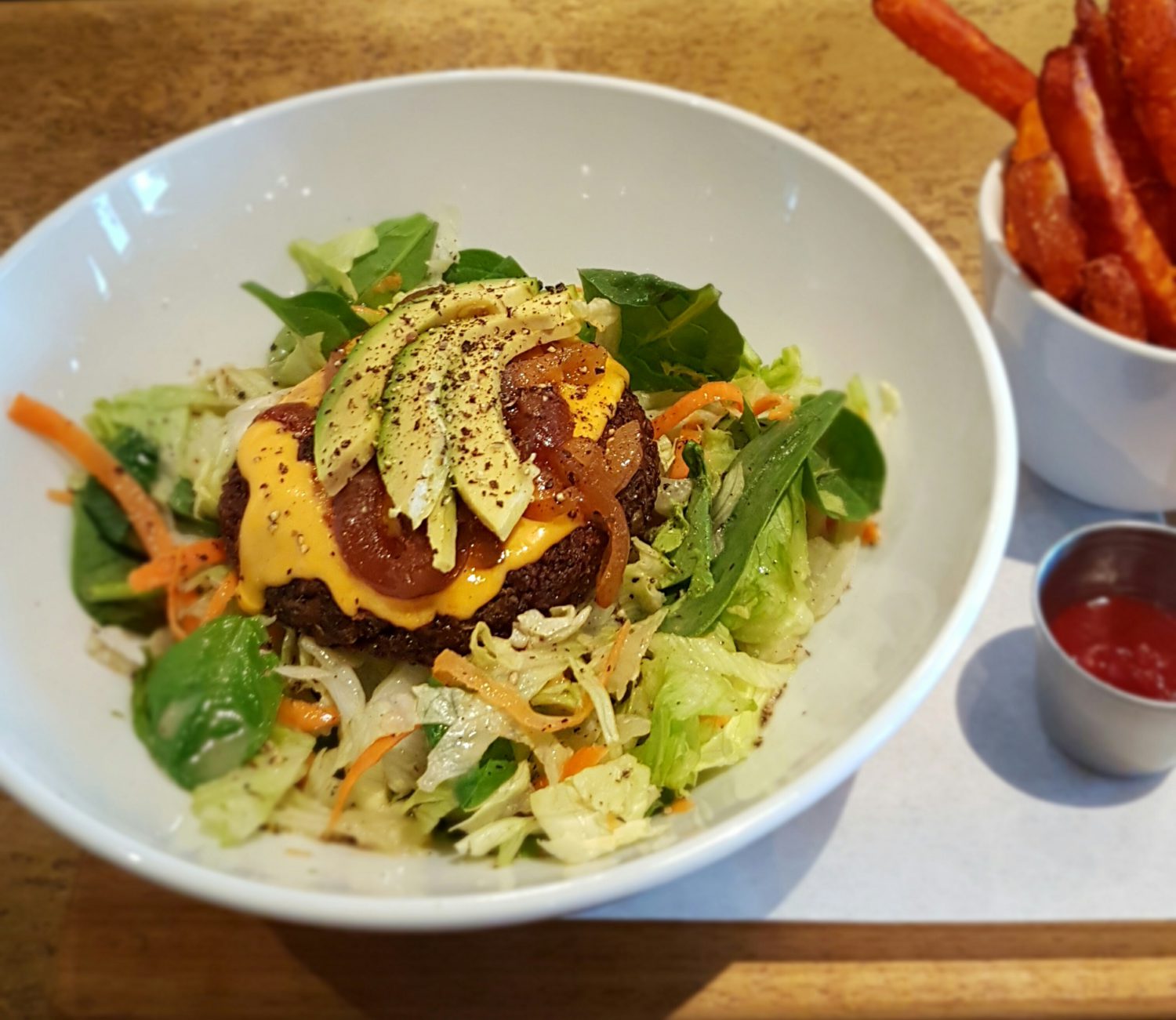 We also had the “House Burger” called the “Oh Sweet Kim” which is made from sweet potato, lentil and quinoa-kimchi to make up the patty and is served with caramelized onions, avocado, spicy mayo and sweet potato fries……OH SWEET KIM!!!!!!! We had only had one bite of this splendorous meal when we got up and walked straight into the kitchen to tell them that “it was quite literally one of the best things we’ve ever tasted in our lives” ~ no jokes! The combination of flavours were absolute perfection. We both agreed that we could eat this heavenly bowl of food everyday of our lives without ever getting tired of it.

We also tried the “Raw Pizza Slice” which was FAB! It’s gluten free and made up of a crispy butternut seed base topped with a sundried tomato puree, baby spinach, peppers, avocado and cashew cream cheese and served with a side salad….wowzers ~ taste sensation of note once again!! 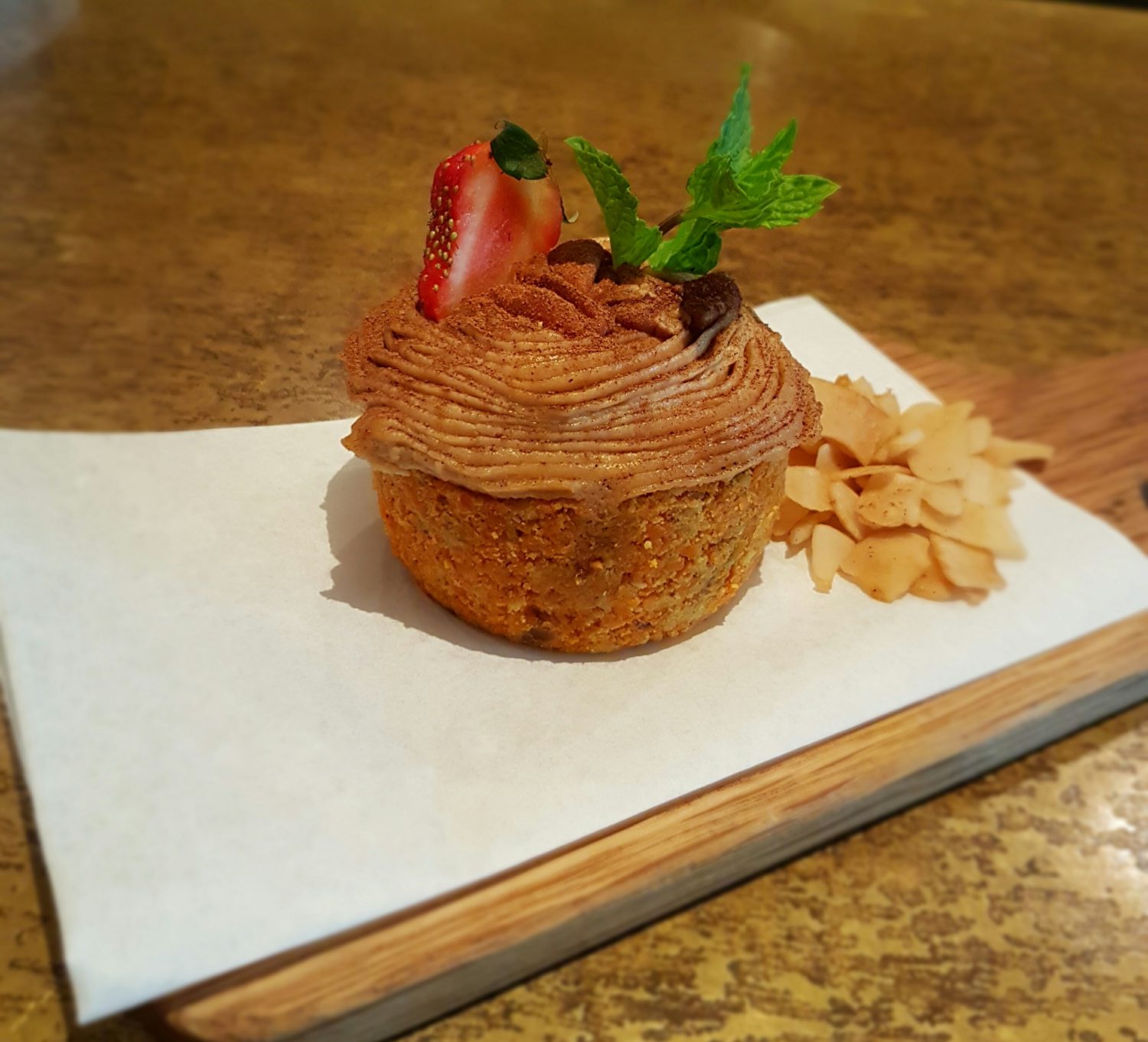 We finished off with their Raw Carrot Cupcake which was so sensational that we ordered some to take home with us.

All we have left to say is….we cannot wait to go back and YOU’VE GOTTA GO TRY IT!!!

My new obsession with Chinese tea

Yummy ! Sounds like just what the doctor ordered , wish I was there 😍

Starting our own blog has been something we have wanted to do for a very long time. And when we say blog we don’t mean that we’re going to try and attempt long paragraphs of creative journalism excellence (because trust me none of us have a truly inspired way with words ~ ha ha) but rather a space where we can share great stories about all the moments of inspiration and the tiniest of things that make us tick.

Subscribe and get notifications of our new posts to your inbox!
Name
Email *